Where did your love for electronic music start? 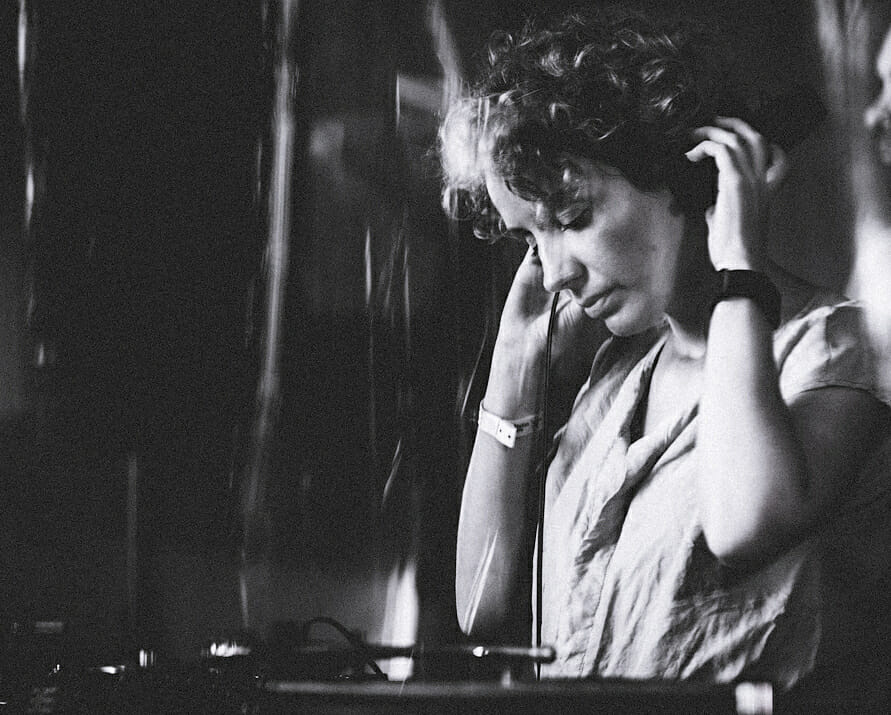 It’s difficult to say when I got into music. I started listening to electronic music in early childhood, and my parents’ LPs and tapes made a lasting impression on me. So did the electronica in Soviet movies and the space music in cartoons like The Secret of the Third Planet. At the time I wasn’t even thinking about electronic music, but it’s become my cornerstone.

In the mid-2000s, I got access to the internet, and everybody was giving each other pirated music and sharing mixes. A community emerged, with forums where club events were announced. I first went to a party at the age of 16. In the same year, I tried to mix house music under the guidance of a DJ friend. The turning point came when my friend and I were looking for adventure one Saturday night in February 2006. Quite unexpectedly, we settled on a very loud drum ‘n’ bass event headlined by Technical Itch. I was familiar with the genre, but had never really felt it. But when I went to the party, everything in my life changed. It would simply be impossible to convey the energy of that dance floor. So that’s probably how my strong passion for electronic music was born, and how I entered the drum ‘n’ bass subculture.

Where did you begin? How did you get into the music industry? And what was the turning point, the moment you felt you were on the right track?

I’ve been so passionate about drum ‘n’ bass for such a long time that I haven’t even wondered whether I was on the right track. This music captured my life in such a powerful way that everything else just began to spin in orbit around it. My friends, my idols, my passion… All the parties, the endless hours spent on online forums, the tracks I downloaded, the mixes I listened to, my first records, my first attempts at DJing… To become a DJ, you need to know how to party. That’s how it was with me. First, I discovered the heavy side of music, but the deeper I went, the more subtleties were revealed in the sound. That was a time when almost all local drum ‘n’  bass DJs played vinyl. DJs have moved very reluctantly to the digital format. To deliver my set, I needed a collection of LPs. My partner and I had to go to the bank to order our first bank card. Then we went to visit Anatoliy Topolskyi and asked him to show us where and how DJs bought these treasured records. In 2007, I made my first order of vinyl on redeyerecords.co.uk and a year later my collection was enough for a set. In 2008, I had my first performance… and the rest is history.

What is happening in the electronic music scene in Ukraine and in Kyiv and what direction are we moving in? Do you see any division by region in Ukraine?

It is difficult to talk about the development of Kyiv and Ukraine separately from the international context. Over the past few decades, the world and culture have become very globalised, and electronic music rarely takes on national or regional characteristics. The sound at parties around the world is becoming more unified. Very rarely, there is that magic ‘match’ of circumstances: when someone brings something new to electronic music and culture, it finds success on the local scene, and subsequently this phenomenon is appropriated by the whole city or country. Some of these become genres in their own right: think of UK bass, Chicago house, Romanian minimal house, Berlin club, French Touch, German techno, Scandinavian trance. Still, nothing comes to mind that is distinctly Ukrainian. Perhaps we can talk about parties like Схеma, Rhythm Büro, and Closer — it’s really these three projects that had an impact on the club movement. Now, five or six years later, we are seeing the fruits of those seeds that were planted in the soil. 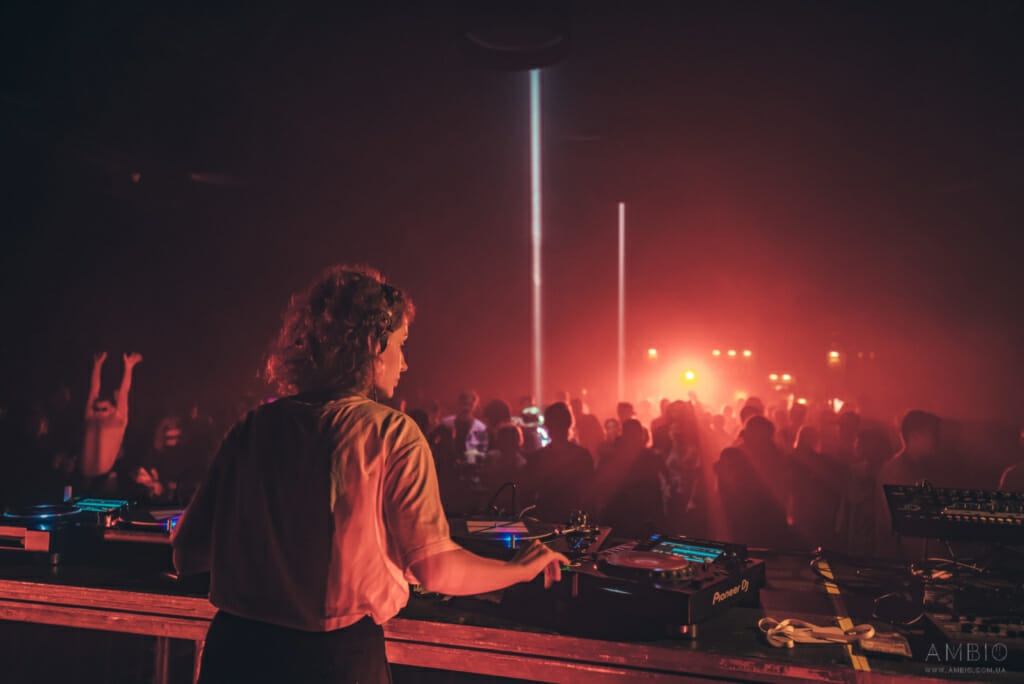 All over Ukraine, a lot of new parties and events have sprung up – and more are set to appear, providing their own rhythm to the surrounding regions. As for the music – that’s where it gets complicated. All the biggest stars of our scene are from the most diverse cities around the country, not from Kyiv. They’ve trodden the path themselves, moved to Kyiv, always going towards their victories like lone soldiers going into battle. We have Stas Tolkachev with his distinctive, world-renowned sound. But he lacked the community that would have made ‘Tolkachevschina’ into the sound of the whole industrial left bank of Ukraine and beyond. The same happened with Sergey Etapp Kyle, Woo York, Sunchase, and Vakula. Maybe the Ukrainian scene just needs more time.

Throughout the 1990s and 2000s, Ukraine was grazing on the back of electronica; it’s only just starting to catch up now. But we were lucky, because our country is very rich in talent. This is exactly why I run the Kashtan project, where encourage each artist’s own particularities, and all kinds of experiments, trying to foster friendship between artists, to bring everyone together. The new wave of electronic musicians is already emerging into a fully-fledged scene – this is the main thing that makes their journey different from that of the pioneers.

Tell us about your projects – what have you managed to achieve? Are you able to correlate and compare your successes with the global industry?

I haven’t compared or correlated my progress, because success has no boundaries or limits. I can say that I’ve never tried to emulate the most active touring DJs or participate in the big festivals that so many artists dream about. I have always strived for success in narrower and more subtle forms: I like a slower pace of life and the idea of changing something. For example, changing the framework of our scene. That said, I can’t complain of a lack of attention from abroad, because I write music that interests certain labels. I’ve been lucky enough to perform at some great parties in Europe, even in Asia, and to be on friendly terms with some top quality artists. People have travelled to our parties from all around the world, and we’ve been invited to showcase our projects in other cities and countries. For example, Rhythm Büro has been to Paris, Krakow, Tbilisi, Rotterdam, Moscow, and St Petersburg, as well as the larger cities in Ukraine. In addition to this, my husband and I run Studio 22:22, which mixes and masters tracks for Ukrainian and European labels. Under the same banner we have organised well-known bass parties and opened Ukraine’s first vinyl drum ‘n’ bass label. I also run a radio show – Kashtan – and I know that people from other countries are listening in, even if they don’t understand what I’m saying on air.

The quarantine showed no mercy in ruining my plans. At the end of last year, every month of 2020 was planned out until late autumn, with different things, projects, possible trips. And then someone ate soup at the other end of the world and everything was turned upside down. Of course, there have been some good things to come out of this crisis too. But with all the progress that has been made over the years, now all we can do is pick up the pieces. Sometimes we joke that we hope that soup was delicious, at least.

What kind of music do you listen to?

There is a time and a place for all music. What I play at parties, I very rarely listen to at home. Recently I bought an Astell & Kern player, and I get the greatest pleasure from re-listening to albums on my headphones: the treasures of electronic music, ranging from your standard Biosphere, Autechre, and Boards of Canada, to some Japanese ambient that I just discovered yesterday. I also devote a lot of time to discovering new Ukrainian music.

What direction are you moving in now? What else do you want to bring to the industry?

Although I’ve gained a reputation as a techno DJ and organiser, I write music too, and would like to be more productive in this area. But when I write music, I almost never think about the people on the dance floor or the industry. My sources of inspiration are water, forests, and the distances in space. Creating music gives vent to my feelings – it’s a deep impulse, a kind of meditative state. And when the work is done, the industry comes to me itself. At the moment there are a few labels that have been waiting for news from me. I just have to get into the zone, so that no one distracts me. That’s the hardest part.

If I was to give advice to an absolute beginner, I’d say that a future DJ or producer doesn’t just need to dream: they need to start doing something. Pretty standard advice. Be sure to talk to like-minded people, connect to the Kashtan telegram chat and feel free to ask questions. Have Youtube at hand: you can find a how-to video for any question you might have. But if you’re having trouble finding your way, you need to go to school to study. There used to be a production and DJing school where our studio is based, and we’ve just decided to resurrect that educational project. It’s too early to announce anything just yet, but as they say – stay tuned!

And finally,  what is your dream?

My dream is that Kyiv will become a beautiful, comfortable city, without absurd buildings or cars parked on lawns.  I also dream of travelling to Japan.

Vera Logdanidi and the Rhythm Büro team held one of the most-anticipated open-air festivals in Eastern Europe this past weekend – Natura Fest. There’s more to come from this girl though, so, as she says, stay tuned!

Kashtan’s EDM to Rock This Autumn!