Looking for a Ukrainian gift that is traditional, yet modern? Folksy, yet chic? Something to wear to class or a wedding? Look no further than a traditional Ukrainian embroidered shirt – vyshyvanka.

There’s likely not a day that goes by where you won’t see someone wearing one of these staples of Ukrainian fashion here. You’ll find them at music festivals and business meetings, fashion shows and religious holidays, at the pub and at a football game. Simply no piece of clothing is as versatile as a vyshyvanka. 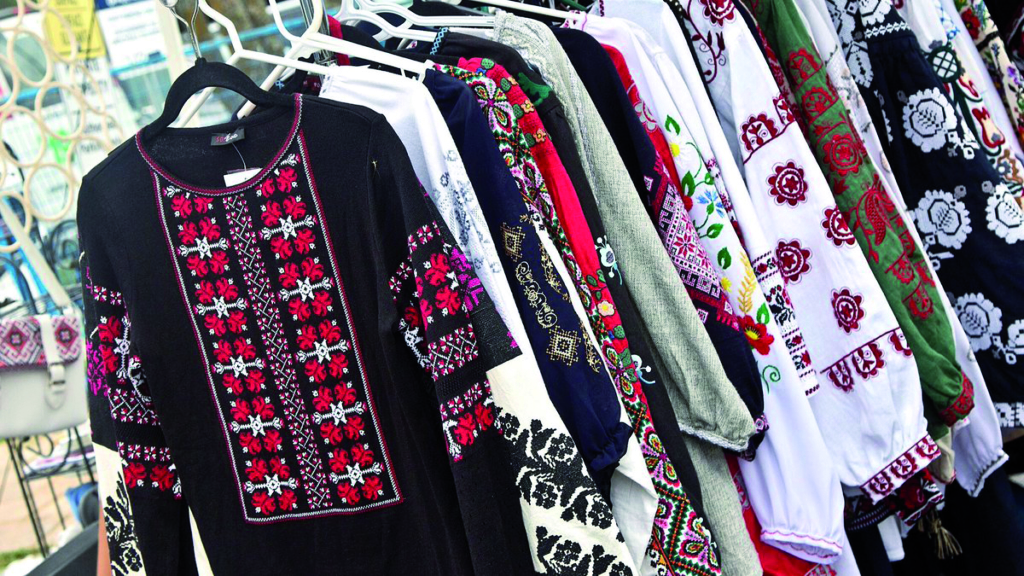 The vyshyvanka has been around for centuries. Legend has it that our pagan ancestors used to sew black and red crosses on ‘vulnerable’ parts of the shirt to ward off evil spirits. Each family would sew its own talismans – berries, flowers, tridents, shapes, or anything else that represented good fortune for the family. There are scores of colours and patterns to choose from.

From the days of the pagans through Christianity and Kyivan Rus, from the Cossacks at Zaporizhia Sich to the ‘cyborgs’ fighting for the Donetsk Airport, one national Ukrainian staple has remained – the vyshyvanka. Ukrainians wear their vyshyvankas to show pride in their country, and they’ve been doing it for at least the last 1 500 years. Patriotism via the needle.

Where can I find one?

Literally every souvenir store in Kyiv will have some form of vyshyvanka, but if you’re looking for something a little out of the ordinary, you’ll have to look a little harder. The best bets are the bazaar on Andriivskiy Uzviz or Vsi Svoi department store on Khreschatyk. For something a bit more upscale, Vita Kin and Andre Tan are popular Ukrainian designers that like to include vyshyvankas in their lines.

The third Thursday each May is Vyshyvanka Day, a day where Ukrainians worldwide are encouraged to wear their vyshyvankas to work, school, or play. The purpose is to popularise the Ukrainian identity throughout the world by uniting Ukrainians through a common element of Ukrainian culture – the vyshyvanka. So, this 16 May, be sure to wear your new vyshyvanka to connect with generations of Ukrainians.