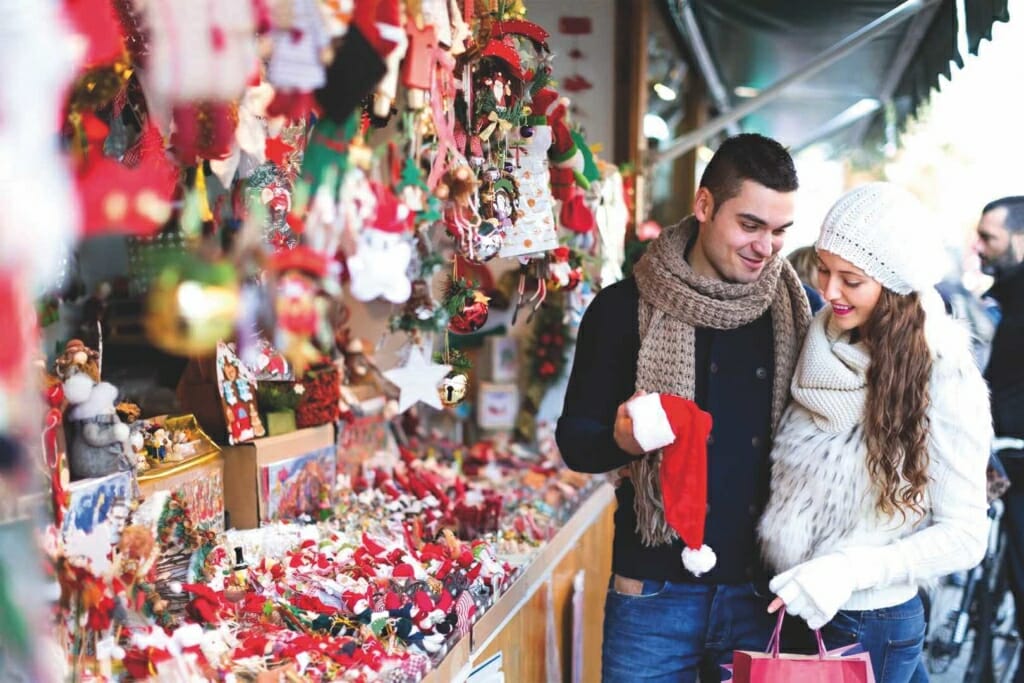 Christmas is coming, the goose is getting fat, and there is no better time to get into the long-awaited festive mood, watching Coca-Cola ads for the 100th time, stepping out to mulled wine tastings, and engaging in other pre-holiday pursuits. So what’s in store this year? Lots!

In anticipation of the holiday season, the organisers of the city-wide festivities have divulged a few secrets: Kyiv will celebrate Christmas and see the New Year in German style with the city’s biggest and best tree on Sofiivska Ploshcha, a non-stop concert schedule, and of course, Santa Claus!

“The square is going to be illuminated with lots of red, green, and gold,” says Ihor Dobrutskyi, curator of Folk Ukraine. “We are installing large shining arches and art objects and we’ve planned a lot of fabulous photo zones based on German fairytales too! Sofiivska Ploshcha will have never been decorated so beautifully.”

The Christmas tree is promised to be lush as those in Germany, where the original tradition was born, with decorations based on German fairytales. A European Santa Claus will brighten up the square too, where a whole pavilion devoted to the story of this fabulous character will be set up.

In previous years, the concerts on Sofiivska Ploshcha lasted for a meagre 15 days. However, this year, you can expect nonstop entertainment from 19 December, the official opening of the country’s main Christmas square, right up until the end – 19 January.

Another holiday location is going to be on Kontraktova Ploshcha. Here, the festive theme moves closer to Ukrainian culture, with décor inspired by the pottery culture of the Opishnya and Poltava regions and will include ceramics and toys. In addition, a giant skating rink, much larger than any in previous years, has been promised. It all comes together to form the perfect way to celebrate this month. Make your plans to enjoy the holiday here in Kyiv!

Kyiv’s Christmas markets are a great place to go and have street food, glühwein, or medovukha. Take in folk performances in the evenings, where the stage will be showcasing some kind of entertainment nearly every night from 19.00.