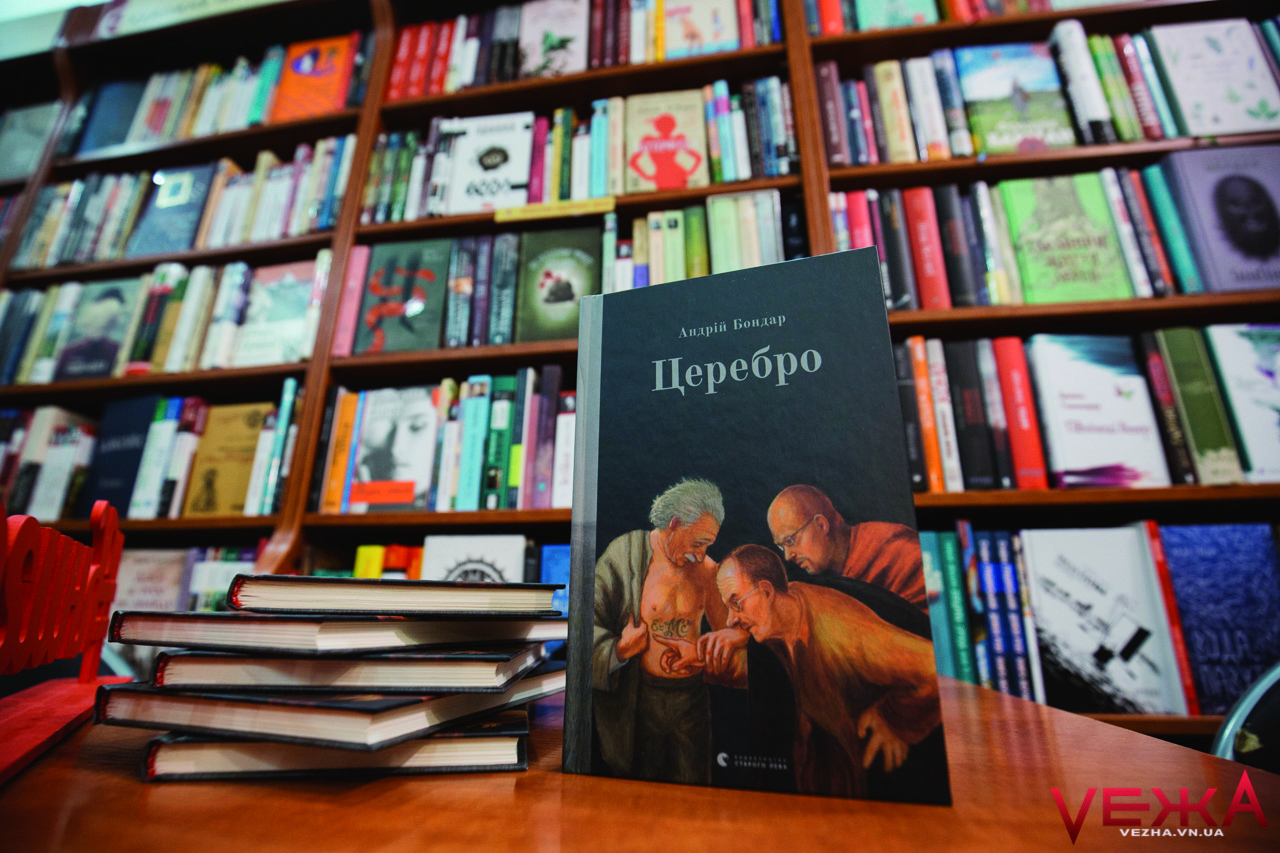 By the sound of it, Tserebro is close to the word ‘cerebral’. That is justified, since this collection of short stories ushers readers into the quirky world of simple mortals, normal people, who live their life as best they can.

Myths, parables, fantasies, anecdotes, prophecies – whatever these stories are, the book structure deftly weaves them together. It starts with relatable realistic texts based on biographical episodes and personal experiences. Gradually, with each subsequent plot unfolding, realism fades and gives way to phantasmagoria, sometimes macabre.

Does a learner driver, behind the wheel on his own, resemble a hero of ancient tragedies? After all, running into a tree might act as catharsis to release tension and anxiety. Is watching TV soap operas non-stop an obsession or desire to escape a dull routine? What is more important for Ukrainian culture – what Thomas Mann said when he fled Nazi Germany and moved to New York or a railway from Ukraine to the Polish city of Keltse that was allegedly built in the Tsar’s time? Regarding present-day morality, God should probably have added another law to the Tables – a law that bans skinning chinchillas alive and confining dolphins to small basins…

Read all these stories in one sitting or savour them separately over a cup of coffee or glass of something stronger.

Andrij Bondar is a poet, translator, columnist, member of the Association of Ukrainian Writers, and laurate of the Smoloskyp (Torch) publishing house. His works include books of poetry The Spring Heresy, Truth and Honey, Primitive Forms of Ownership and articles focusing on Polish writer Witold Gombrowicz and contemporary Ukrainian literature. His works have been translated into English, German, French, Polish, Swedish, Portuguese, Romanian, Croatian, Lithuanian, and Belarusian. In December 2018, BBC Ukraine titled Tserebro The Book of the Year 2018 in the category Essays.