If you thought that Ukrainian folk music was outdated – we have some news for you!

Ukrainian folk music has always attracted musicologists from all over the world for its versatility. Folk songs are rich in themes, from unrequited love to singing about the subtlest feelings of the soul. Unfortunately, the younger generation no longer often turns to such creativity, though it is a pool of primordial knowledge. Fortunately, on the modern Ukrainian stage, many performers are now starting to promote folk art, giving it a new sound. In our selection below, we have listed for you the top performers to pay attention to in this genre.

Ukrainian music group, Yuko, combines folklore and electronic music in the genre of folk electronics. The band was formed by a happy coincidence: the participants (Yulia Yurina and Stas Korolyov) came to the Voice of the Country project as solo artists and came under the coaching of Ivan Dorn, who felt that they had a future as a duo. In addition to enchanting audiences with their unique sound, the band raises awareness for important social issues through their work. For example, their second studio album DURA? features performers who are dedicated to the fight against domestic violence. The members of the group tell the story of a girl who is beaten by a man who is an alcoholic, and through this, they start a conversation about patriarchy and domestic violence. 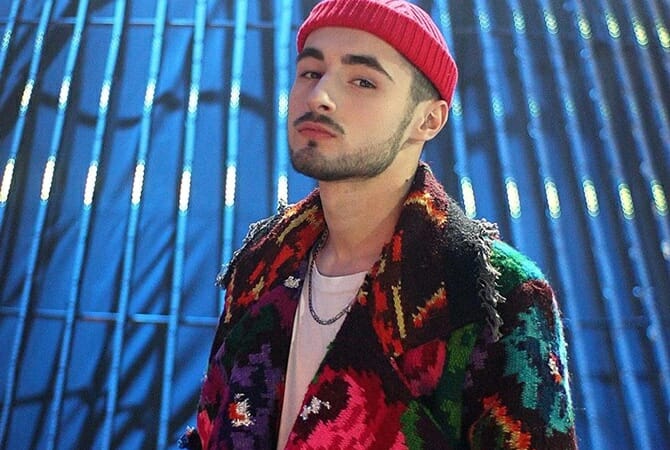 Under the pseudonym of “Khayat”, the young Ukrainian Ado (Andrey) Hayat creates a unique and mesmerising sound. The performer has three original tracks – DEVOCHKA which was released in the summer and was filmed in October, Clear (which was released on Ivan Dorn’s Masterskaya label in the compilation M Raw Compilation Vol. 4) and Dark, that was presented on October 2 this year. In this work, the singer still stuck to his usual sound. And, in early June 2019, KHAYAT released his debut album KHMIL in which he managed to combine electronic music, sounds of everyday life, and folk vocals. “A gorgeous artist, a talented performer with an interesting musical style. This is what Ukraine needs now,” says clipmaker Sevin Dieva about Ado.
Music video here 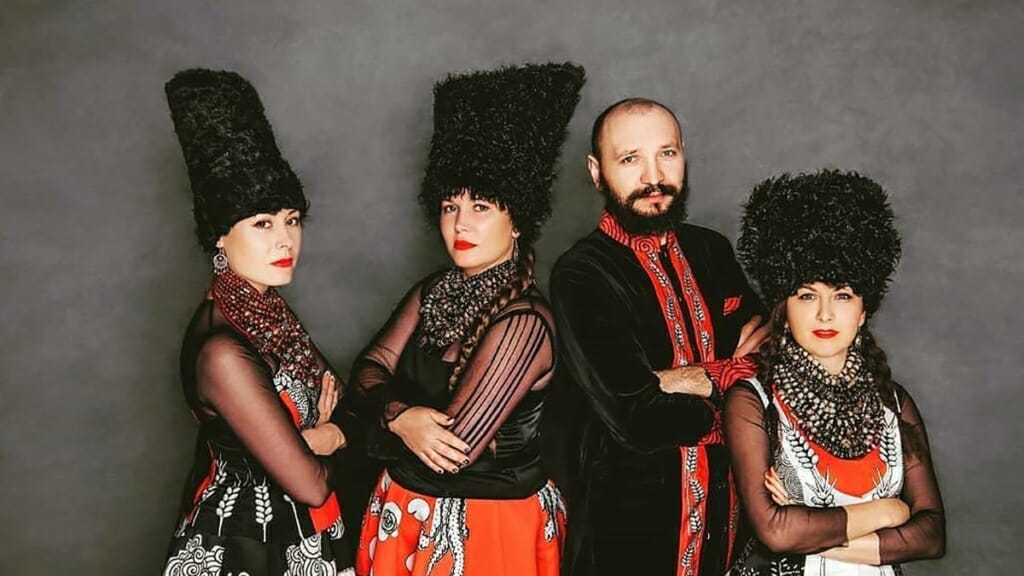 Dakha Brakha is a Ukrainian musical ethno-group, organized by Vladyslav Troitsky, who is its artistic director as well. The name of the band, according to its members, is composed of the old Ukrainian words “give” and “take”. The band’s musical style is defined by the members as “ethnochaos”, which emphasizes the “chaotic” combination of different ethnic components. The band uses Ukrainian folk songs recorded by the band members and their fellow folklorists in folklore expeditions in different regions of Ukraine. Songs performed authentically are combined with the sound of a wide range of instruments from around the world – it is a game of different musical genres: minimalism, hip-hop, soul, blues.

DakhaBrakha is incredibly popular outside Ukraine. They took part in the Hungarian festival Sziget three times and in 2016 they took part in the British festival Glastonbury. Also on the band’s touring account – concerts in the US, France, Sweden, Greece, the Netherlands, Australia, South Korea, and other countries. At the same time, “DakhaBrakha” was the only Ukrainian musician to appear in the British show of Jules Holland, on the American radio KEHR and in the advertising of David Beckham’s perfumes.

So, as you see it, folk music is still very much alive within the Ukrainian music industry – sometimes you just need to know where to look. Give these artists a listen and enjoy some talented tunes.

Pretty Fly for a Show in the Sky