If you haven’t yet heard, the footbridge between Volodymyrska Hill and the People’s Friendship Arch opened on 25 May, especially for Kyiv Day, connecting Mariinsky and Khreshchatyy Park. As the perfect touristic spot, it pans the picturesque Podil, Dnipro, and city’s left bank.

Kyiv mayor Vitali Klitschko noted that ‘the people’ have been talking about such a tourist site for more than 100 years. Though no one could have guessed its cost. Amounting to 275 million UAH for materials, add to that 400 million UAH for the construction works, and you’ve got a pretty penny of an attraction.

The bridge provides both pedestrian and cycle lanes, benches, observation decks, lighting, and CCTV. The most prominent part is, of course, the glass floor, which is both spectacular and simultaneously scary for those who suffer from vertigo. This however provides entertainment for the braver ones who dare to walk on the transparent surface, taking photos of the breathtaking landscape, both above and below.

Nothing happens in Ukraine without a bit of a scandal and the bridge is no different. In this case, Kyiv authorities have been accused of transferring the project to the Ukrainian design organisation without their knowledge, yet with the concept and design said to be stolen from Swiss architects Leuppi & Schafroth Architekten who created it in 2013. To dispel the rumors, the Kyiv City State Administration commented that the project was established by Ukrainian architects as far back as 2000. The truth is probably somewhere in between. 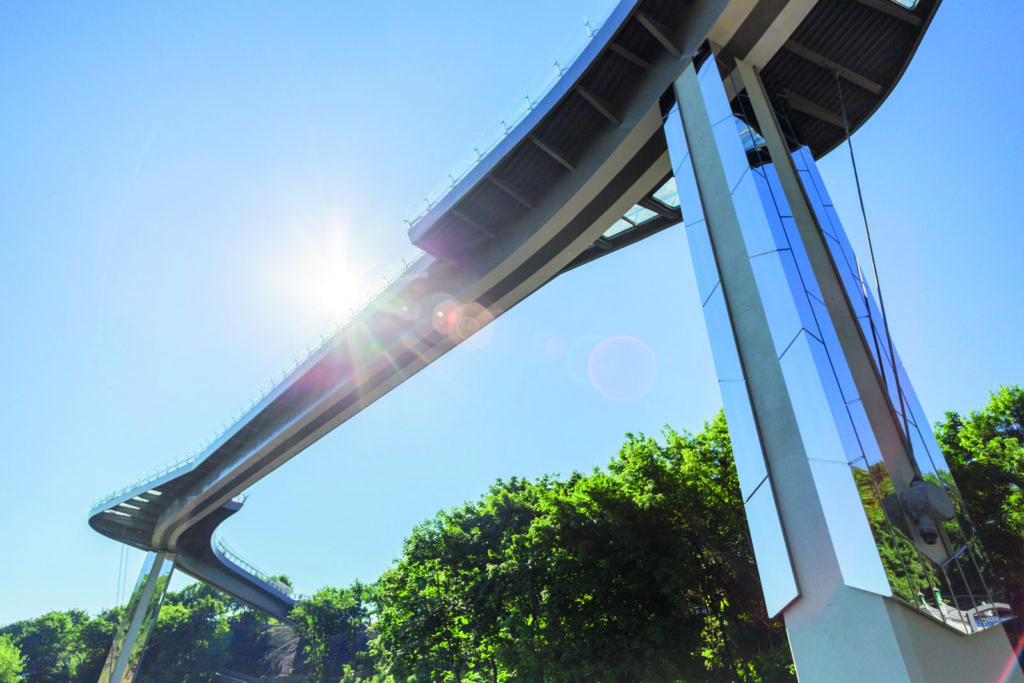 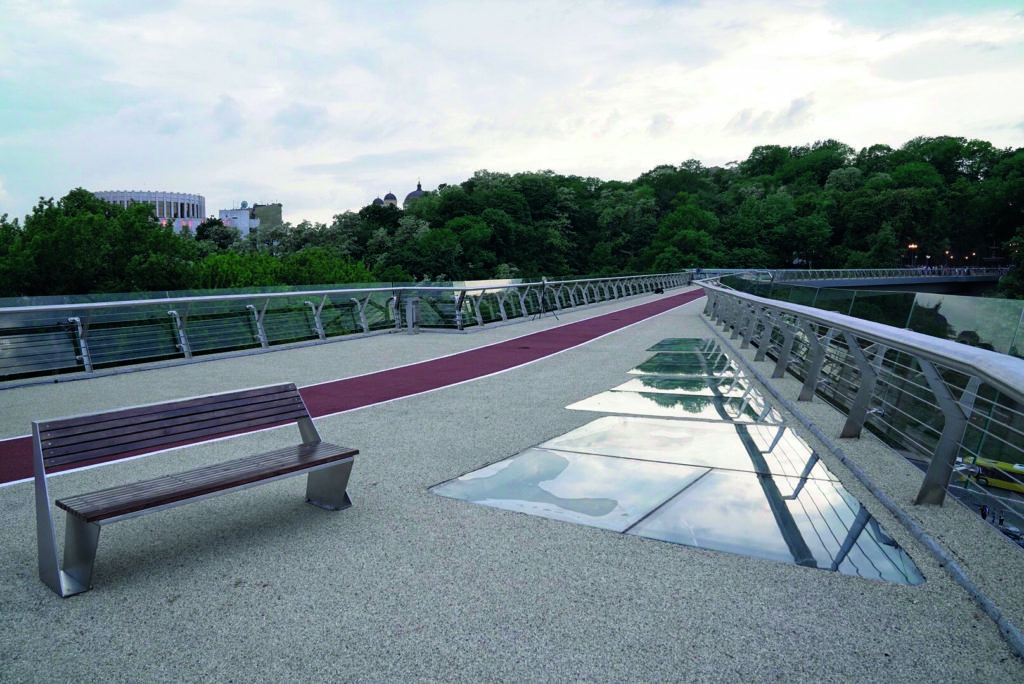 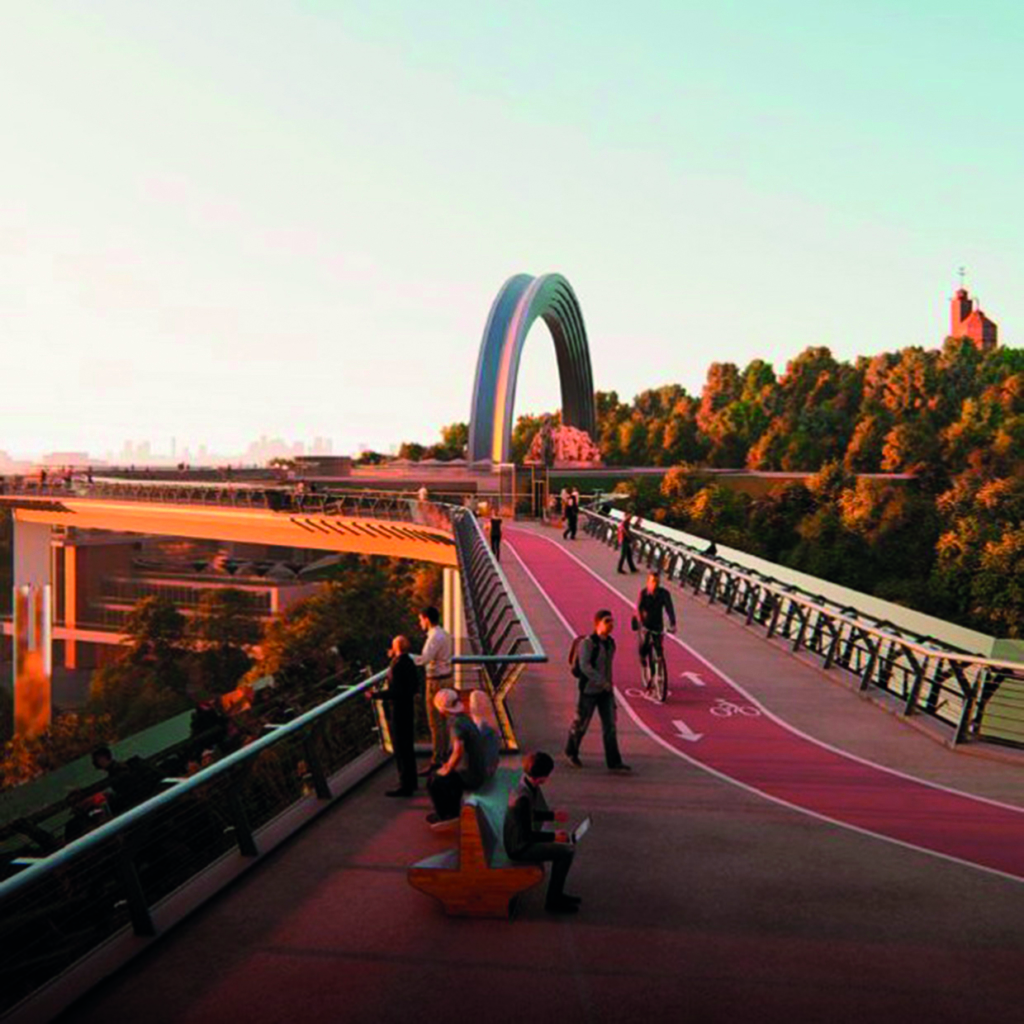