As one of the most esoteric of traditions, Ukraine celebrate the summer solstice each year with grace and beauty. Strip down to your skivvies, take a dip in the lake and then dry off whilst dancing like madmen around the bonfire. Ivano Kupala is an evening you won’t forget anytime soon!

Depending on the year, somewhere between 20 and 21 June is considered a special time for many of the world’s cultures with roots in pagan religion. It is the summer solstice, which has ancient significance as one of the most energetically powerful days of the year. It’s when the Swedish people celebrate their Middsommar holiday, the Lithuanians their Lado, the Poles their Sobbotky, and Ukrainians the holiday of Kupala – the ancient sun god worshipped by pagan Slavs.

And Then Came Christianity

Long before Christianity reared its head, Kupala was the god of love, harvest, and the earth’s fertility. According to popular belief, Kupala eve was a very special time of year when magical, mysterious, and miraculous things tended to happen: the earth revealed its secrets, treasure was found, and witches gathered. It was also the only time of year when free love was considered acceptable. Young unmarried men and women would meet in the forest near a pond or stream where they built massive fires. They bathed in the water, leapt over the hot flames while singing and dancing, and played games that had a very sexual and erotic nature. And then along came Christianity to spoil their fun.

Receiving its first proper introductions in the mid-9th century, it would take a full century more for Christianity to really take off. Prince Volodymyr was so taken with the ideals and beliefs of this religion that he had himself baptised in the area of Kherson, and then went on to ensure the entire area in which he governed would also be converted. His wish was the country’s command and in 988, all citizens were ordered to gather on the banks of River Dnipro and douse themselves.

His obsession later led to the destruction of all Pagan idols and deities: an order to be completed by his own people. While baptism characterises only one element of the Christian faith, this practise has been around for thousands of years. It was particularly significant at this time because St. John the Baptist, considered its initiator, was born on 6 July (around 21 June in the old calendar) and the church considered this the best tool with which to rid the Slavs of the Pagan rites that had taken root. They may have underestimated just how ingrained this particular tradition was, however, eradication was near impossible. Instead, Ukrainians united the two: Ivan (John, in Ukrainian) + Kupala. Emerging as a unique festivity celebrating aspects of Christian religion with an attitude appropriate of the Pagans, it has remained firmly embedded in folk ritual becoming Ivano Kupala. 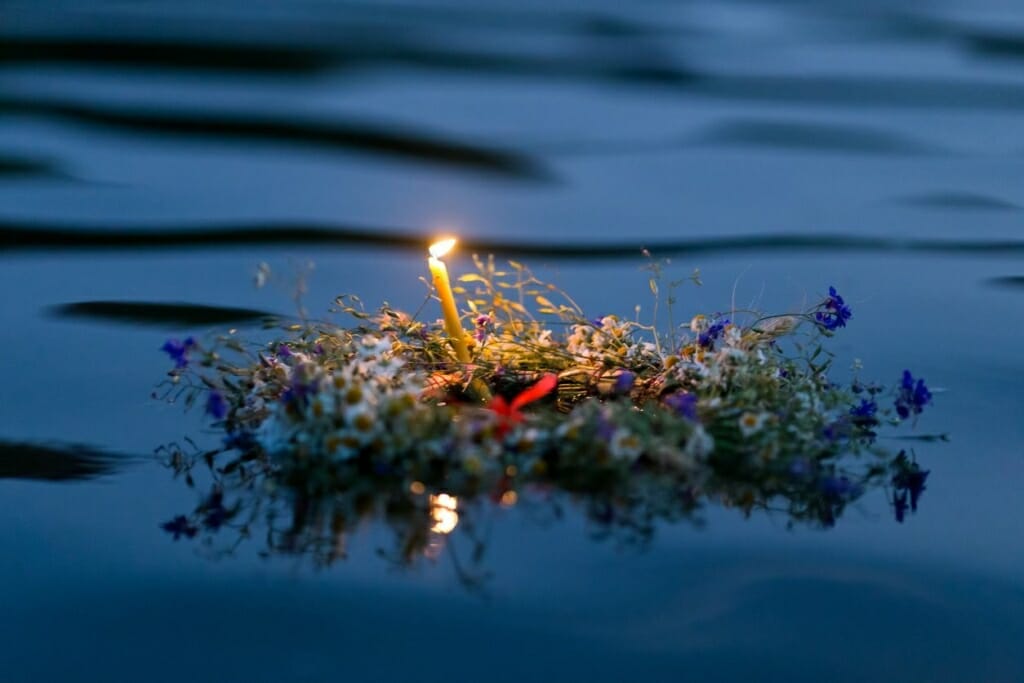 Abundance is the theme of this party, and the games, traditions, and customs that are practiced wholly encompass this idea. The main elements include fire and water with herbs playing quite a large part. The word kupala in fact, is derived from the Slavic word ‘to bathe’ and so has many foundations connected to it. Those who pull toward the religious slant accept it as the first day of the year that the church sanctions swimming in ponds, lakes, and rivers. Those with slightly more mystical inclinations accept that fertility and purification have more to do with it than any regulation a religious body might put on it. But however, you want to spin it, it’s a night to go out, wash up, and have a lot of fun!

Girls often weave and then set afloat flower garlands on the river, later guessing their fortunes from the wreath’s movements: the longer the wreathes stayed afloat, the better the girls’ possibility for happiness and love. Herbs too remain very important in Ivano Kupala, as magical properties are attributed to certain plants. In particular, there is an ancient belief that on this eve, the fern plant takes on a life of its own and begins to bloom. Legend has it that whoever finds this fern-flower will prosper until the end of his days. Which is why you see so many people going out into the forest at night – they’re looking for magical herbs!

Pre-Christian accounts tell of Kupala as the god of herbs, sorcery, sex, and midsummer, and the festival celebrating this deity was really a fertility rite that was supposed to assure its participants of a good harvest. Another tradition has to do with the decorating of trees: men would go out deep into the forest to find a tree befitting for the occasion and the girls would creatively decorate it. This symbolised something bigger, something that was akin to the world as a whole. The entire community would gather around to celebrate: if anyone refused, it was considered bad luck. One of the biggest and most popular traditions has to be the jumping of the fire. Young couples would join hands and jump! If their hands remained united, it was thought they would live a long and happy life together. 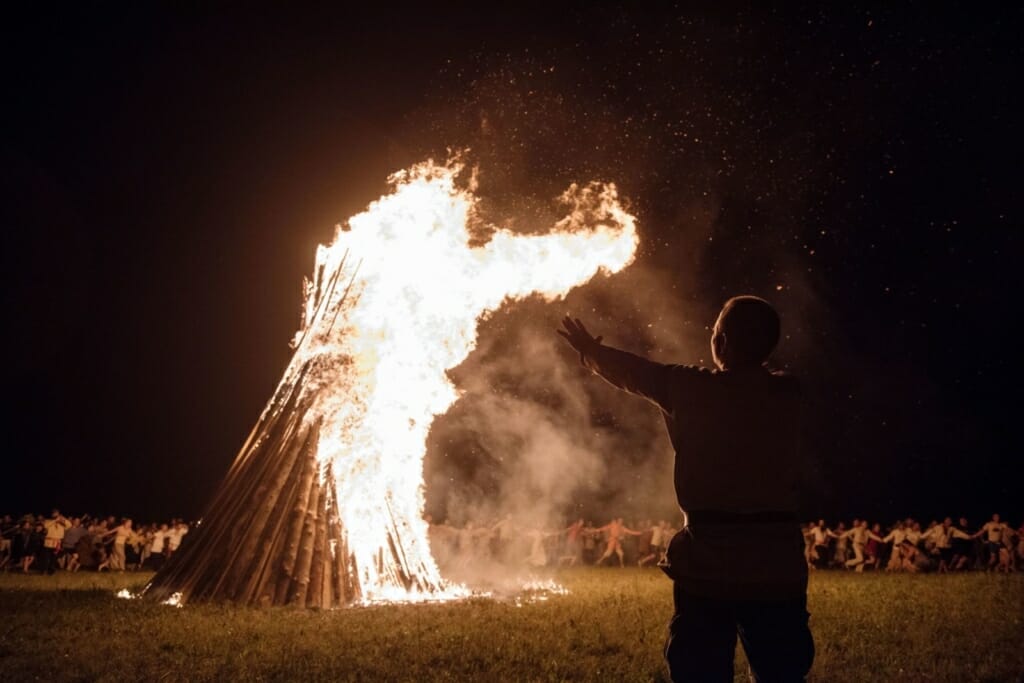 While there are many traditions that have unfortunately fallen to the wayside, the burning of Kupala figures is not one of them: men create dolls in the female form and women create the Kupala doll in the masculine form. At the end of the celebration the male doll is burned to ashes and the female doll is drowned. Once the male dolls have smouldered down to ashes, everyone grabs a handful to throw it on their fields for a fruitful harvest. Another variant is the burning of a very large straw man with large genitalia. The idea is that the bigger the ‘privates’ the better the crops resulting from its very fertile ground.

These stories aren’t all wrought around good fortune, however. As for those girls not quite lucky enough to find her beloved, tradition advises that she run around a rye field three times, preferably naked. According to the belief, her beloved is meant to see her in his dreams and the moment he awakes, he will find himself madly in love.

As we’re just coming out of Covid quarantine, Ivano Kupala, which is actually celebrated in Ukraine on 6-7 July, will unlikely be celebrated with the same hype as in previous years. We’ll keep you updated should some fun restriction-friendly events arise.

The Impact of Christianization of Kyivan Rus

Ivana Kupala: An Evening of Magic