The best way to explore a city and feel its vibes is to take part in an adventurous quest and feel its vibes – and for people visiting Kyiv, there is a new and exciting way to do this. The Shukai project is an initiative that was created to implore people to discover Kyiv on foot all while following a trail of small hidden sculptures around the city. It is a project that aims to convey the authentic spirit of Kyiv in a symbolic and creative way.

Tour With No Guide 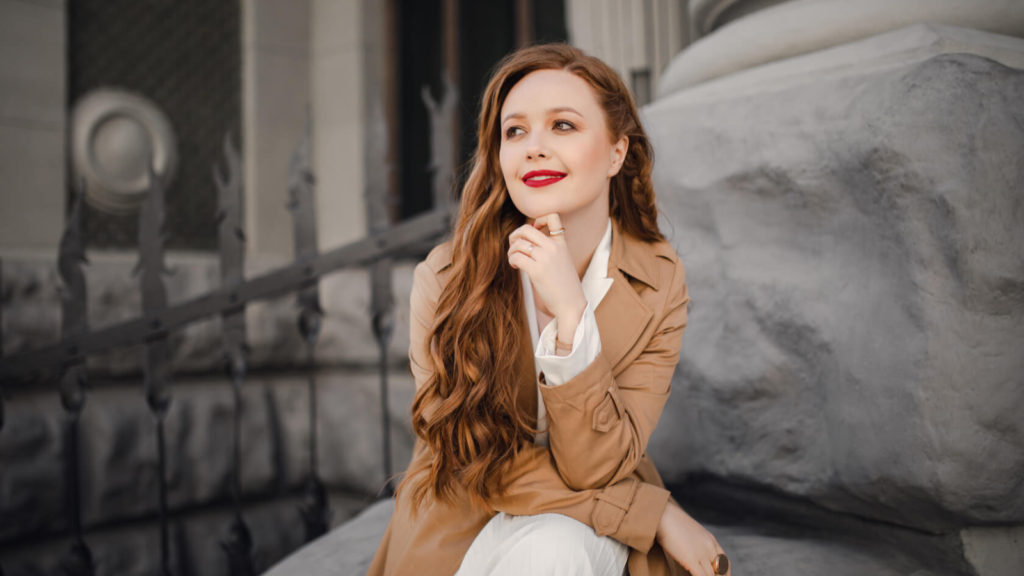 Yulia Bevzenko, named “the manager of Kyiv” is a former tour guide that has led more than 1 200 comprehensive tours of the city. She was also titled “Kyiv’s Best Guide” in 2017 and “Ambassador of Kyiv” in 2018. As an ambassador, Yulia decided to launch Shukai! project (translation: Go Seek!) to help people explore the city by themselves, without a guide.

Thanks to the project, tourists can now find bronze mini sculptures in unique sites around the city. Crafted by local artists, each of these little icons is a remarkable piece of art that symbolise unique aspects of Kyiv – whether it be architectural monuments, everyday sights, or famous, historic figures. Each sculpture also has a QR Code so viewers can read about the stories behind their designs.

So far, 26 artefacts have been unveiled – among them, a chestnut, tram, gramophone, dry fruit jam, a velodrome, a balcony, Pierre Brulion’s sundial, and Serge Lifar’s golden shoe – to name a few. The pandemic outbreak caused a delay in the initiative but did not bring it to a stop; recently, two more sculptures were added to downtown buildings. Let’s go into more detail. 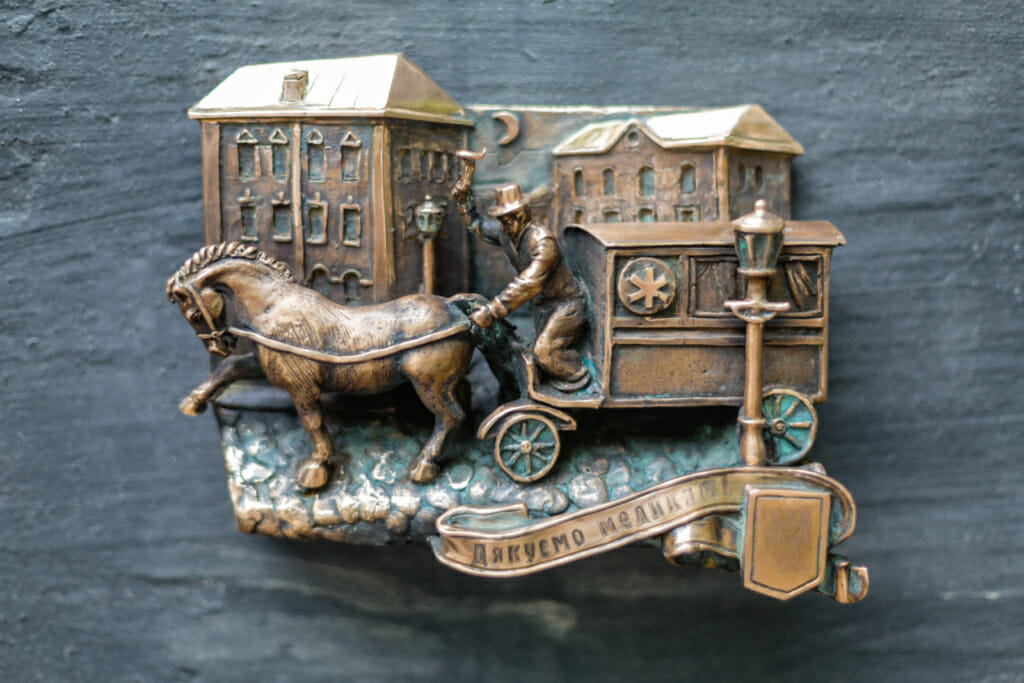 The first one, a sculpture of an ambulance, commemorates the first ambulance station here in Kyiv. In 1881, the Night Shift Group was founded to offer around-the-clock emergency medical service. Initially, the crews used horse-drawn carriages, since cars only emerged in 1913, and rules for giving way to ambulances were adopted.

First aid was provided free of charge, owing to charitable donations. Well-known patron of the arts Oleksandr Tereshchenko and the city’s Cyclists’ Association purchased the first two carriages. Doctors did not take money for their shifts.

The ambulance’s door featured a six-pointed star – the so-called snowflake. Later it was replaced by the Red Cross, and more recently by the Star of Life (to avoid confusion with the international Red Cross, which provides humanitarian assistance).

After moving from one place to another, the ambulance station moved into its own building on 22 Reytarska Street. Much has changed since then; however, we still respectfully give way to ambulances and resuscitation vehicles flaunting blue snowflakes.

Yulia comments, “The pandemic affected the Shukai! initiative. Some of our partners either cancelled or postponed their participation in the project. The thing is, a creative process takes time, and we have to approve all sculptures in advance. Thus, the ambulance idea popped up last year, but its implementation coincided with the coronavirus outbreak.”

This beautiful bronze item has found its home in 4 Lypynskoho Street, on the wall of the travellers’ hub Globe Runner. Don’t forget to rub the piece to express gratitude to those saving lives while risking their own – followed by hand sanitiser, of course! 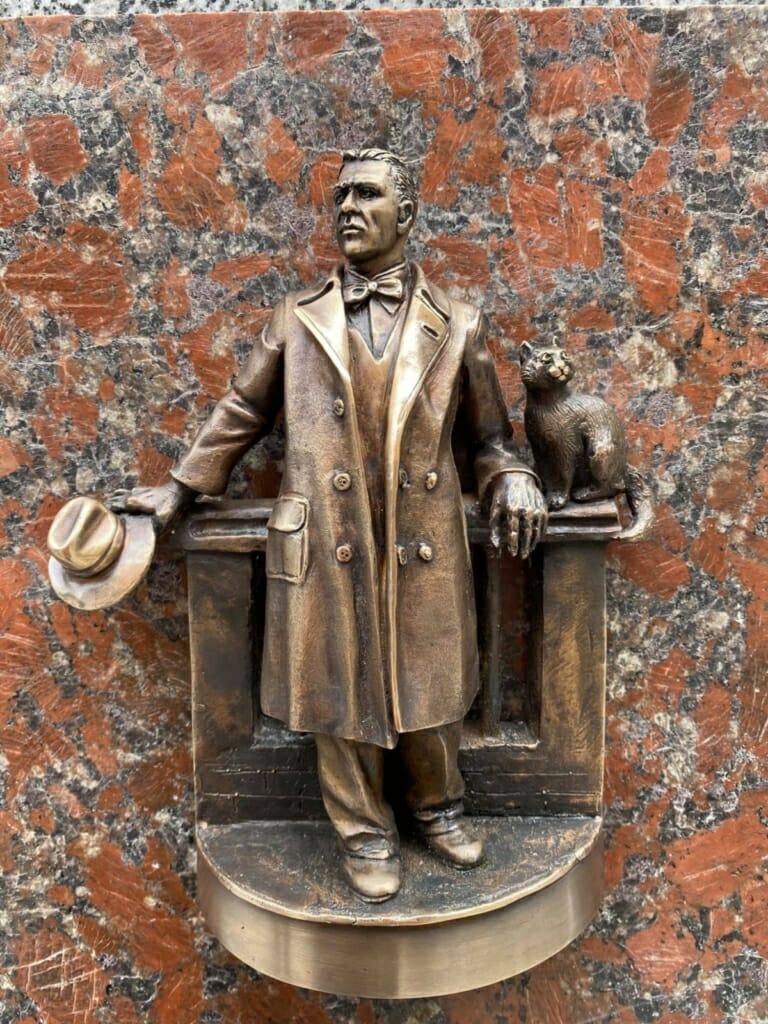 Mikhail Bulgakov was a renowned author and playwright whose books – The Master and Margarita, The White Guard, The Heart of a Dog, and many more – continue to receive loyal readership with each passing generation.

Born in the Vozdvyzhenka District, he spent his childhood in the house nestled in Andriyivsky Descent, number 13; it now accommodates the Bulgakov family museum.

Bulgakov adored Kyiv all his life. He eventually left the city to move to Moscow and turned down his prosperous career as a doctor to pursue one as a writer – whose works were repeatedly turned down. He was also a physician in the White Army during the Civil War, and the Soviet authorities did not forgive him easily for that.

However, even far away from his hometown, Bulgakov plotted his characters among Kyiv’s hills and streets. He never named Kyiv by its name – he called it “the City”, with a capital letter.

Yulia explains: “We try to pick up facts, images, figures, and attributes that are inseparably associated with the city. For me, Kyiv without Bulgakov is not Kyiv”.

The statuette is hidden on 29 Dehtyarna Street. It says, “Look into my eyes, and you will meet your own Master.”

More trophies will soon be added to the Shukai! collection. Yulia adds, “In 2020, we will install at least two more sculptures. However, we will not disclose what they will be. It is always a secret.”

Click the links below to stay tuned and be updated.