Family, Things to Do, Travel

Visiting Ukraine During the Pandemic: What a Foreigner Needs to Know

Yanukovych may be long gone from Ukraine, but mini zoos are as popular as ever

Mini zoos are in vogue right now, and can be found in a whole host of popular tourist destinations, such as Ukrainian Village on the Zhytomyr highway, the landscape park in Buky, and, of course, the infamous Mezhyhirya itself. Meanwhile, the village of Yasnohorodka has its own take on the trend: an ostrich farm. 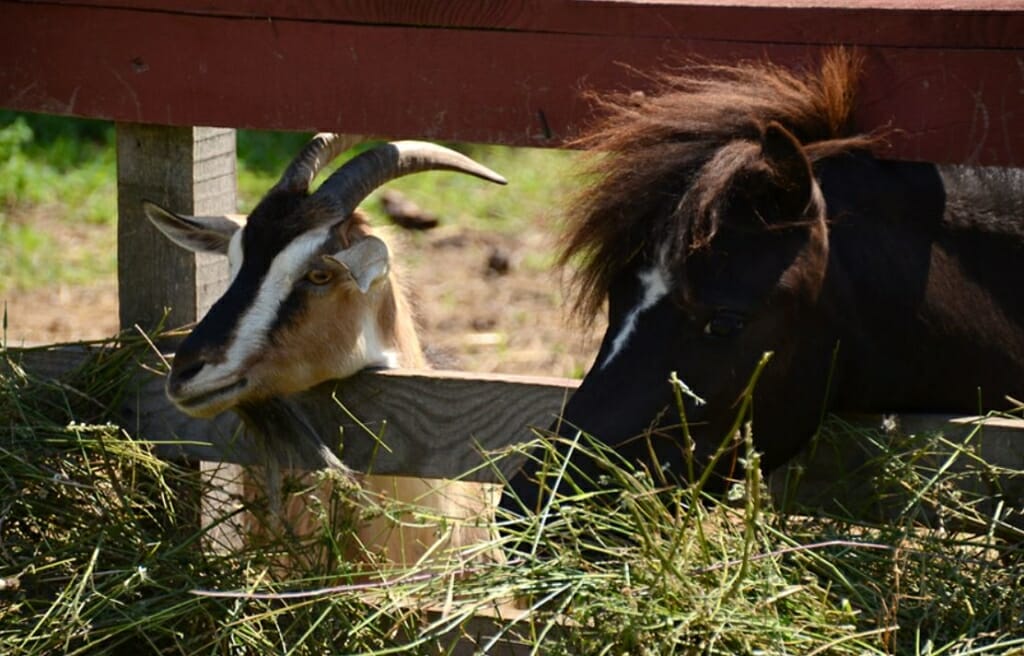 Yasnohorodska Ostrich Farm is approximately 40 minutes’ drive from Kyiv and is in fact home to a range of animals and birds, mostly of the farm variety. In addition to ostriches, you’ll meet sheep, goats, donkeys, rabbits, a cute pony, and a graceful turkey. You’ll also catch sight of some more exotic species, such as a two-humped camel and a strutting peacock.

In the pigsty, amongst Vietnamese pot-bellied pigs and wild boars, you’ll find Yasnohorodka’s celebrity resident: Funtik the psychic pig, a symbol of Euro 2012. He weighs over 320kg and is so big that he barely fits into his tiny house.

The farm runs a varied entertainment programme for both kids and adults, making it a great place for a family day out. Cuddle the fluffy rabbits or watch the pig and ostrich races that are held on certain days. If you’re feeling brave, you can ride the camel for an additional fee. If rides and races aren’t your thing, you can try your hand at archery. 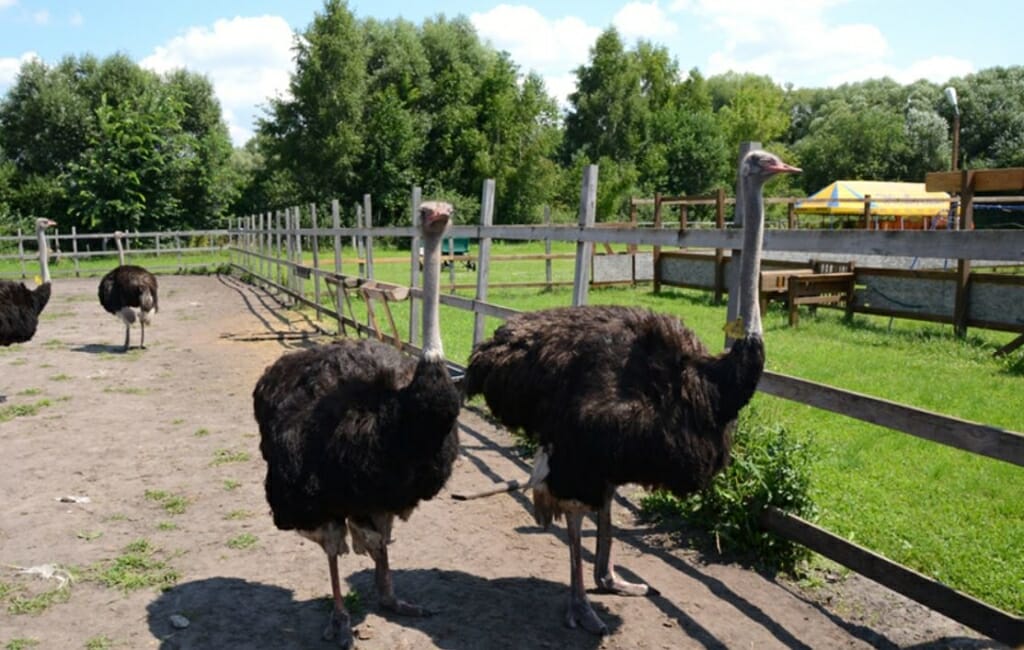 Don’t be fooled by their comical appearance: ostriches are no laughing matter. They can kill a horse with one blow. Each of an ostrich’s eyes weighs as much as a hen’s egg. These sharp-eyed birds are drawn to any bright or shiny object in your hands, even a bottle of water; thanks to their long necks, they can easily stretch across the fence to grab it. Do the sensible thing: keep a safe distance.

There are more than 500 ostriches on the farm, from young ones to adults. Some ostriches live almost as long as humans (up to 70 years). Since it is difficult to determine an ostrich’s age, each one bears a tag with its date of birth. There are a few clues, though: the young ones have spiky feathers like needles, giving them a hedgehog-like appearance.

In summer, during mating season, a male’s beak and eye area turns from light blue to bright red. Male ostriches are polygamous, nesting with two or more females. Intriguingly, it’s also the males who sit on the eggs. Collecting these eggs from the nest is a perilous ordeal, for which the handlers had to come up with an ingenious strategy: while one distracts the birds, the other rushes into the pen to grab the eggs.

A trip for the taste buds 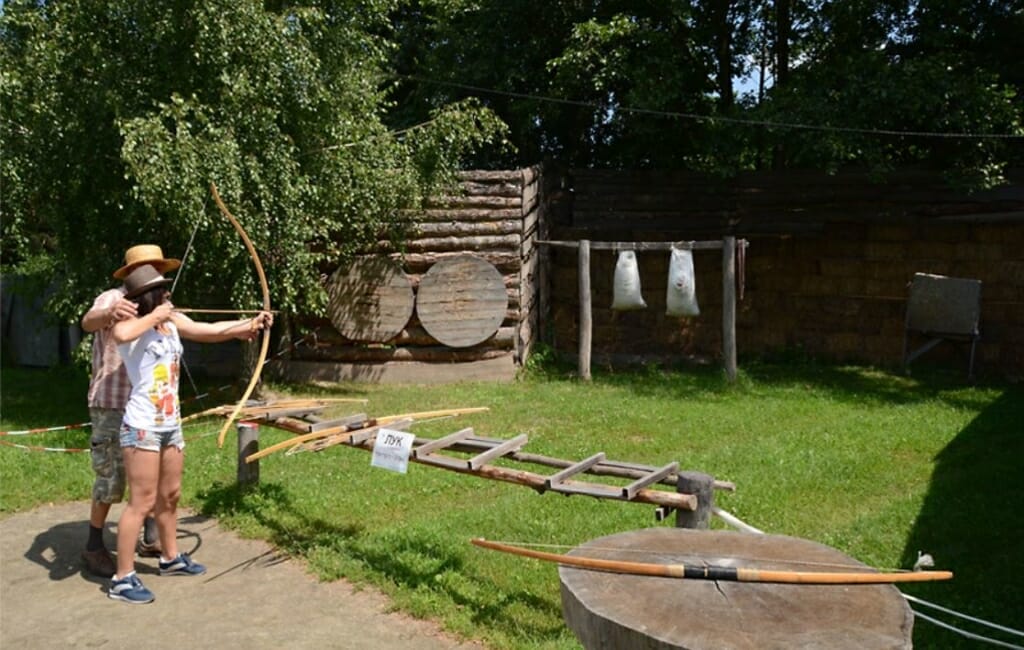 To round off your visit, try some ostrich-based dishes in the cosy restaurant on the farm grounds, which also has a delightful summer terrace. For ostrich-related products and souvenirs, head to the farm shops (located at the exit).

After a day out on the farm, you’ll be thoroughly amazed by everything you’ve seen and learned, and thoroughly refreshed by the country air and beautiful natural setting. Just don’t forget to practice social distancing with the ostriches as well as your fellow humans!

+ 50 UAH per person for a guided tour

The Top Thrill-Seeker Activities to Do This Summer