Have you watched many Ukrainian films? Do you have a favourite? There is a common perception amongst locals that the Ukrainian film industry is not one of high quality like those of other countries. Most people aren’t even familiar with common Ukrainian actors! However, this notion could not be further from the truth – Ukrainian cinema is now experiencing its renaissance.

Ukrainian films are not only released in domestic cinemas but are also regularly featured in prestigious film festivals and competitions around the world. A new generation of promising directors, producers, and actors has helped to grow the industry even more, and now local film companies are starting to cooperate with international partners. At the start of the 21st Century, the situation was very different. The number of Ukrainian films released annually was so minimal that they hardly received any attention on the world stage and even in Ukraine. So, to celebrate the rise of this fantastic industry, we’ve prepared a list of excellent modern Ukrainian films that are definitely worth your attention.

A very popular Ukrainian film; it was even named by Rolling Stone magazine as one of the ten best films in the world in the last ten years! Released in 2014, the film follows the story of a boy and his life in a boarding school for the deaf where he gets involved in organised crime and entangled in a complicated relationship. What’s unique about the film is that it’s completely in Ukrainian sign language without any subtitles. The story will have you perplexed and on the edge of your seat. The film won numerous awards, was featured at various festivals, and got raving reviews – so you know it’s certainly worth a watch! 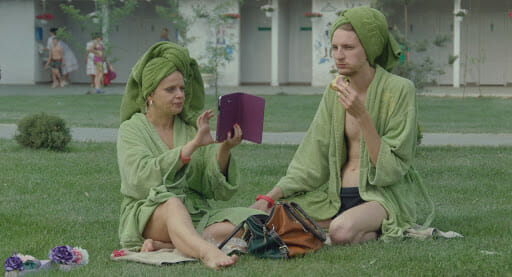 Described as a “dramedy”, this film follows Vadim, a young man who finds an opportunity to leave his problem-riddled life in Kyiv and move to Canada. But in order to do so, he must complete one simple task: record the call of a rare Transcarpathian bird. On the way, he is joined by his mother, Galia, and things don’t turn out as easy as expected. The main characters are played by Andriy Lidagovsky and honoured artist of Ukraine, film and theatre legend Irma Vitovska. It’s a film that will deliver laughs and gasps all the way through as well as some beautiful Ukrainian scenery – it’s not to be missed! 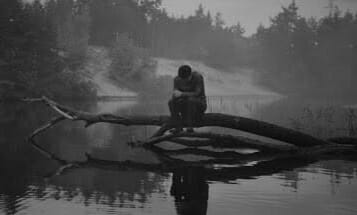 This mystery thriller tells the story of a surgeon who leaves his job after losing his son on the operating table and starts helping a strange girl who has a mysterious past. The world premiere of the film recently took place at Molodist, Kyiv’s International Film Festival. In the story, Oleksiy, the protagonist, is fishing with his godson at his favourite spot when he notices a half-naked girl shivering in the cold. Oleksiy offers to help the girl and subsequently gets tangled up in an unimaginable venture. This movie is about the fact that even if you have your own pain, you should not be indifferent to someone else’s pain. All the events in the film take place in Kyiv. Starring Akhtem Seitablaev and Kateryna Molchanova.

Overall, it’s very evident that Ukraine’s film industry is getting revived and transformed with every new movie, and we can assure you – once you watch these three, you’ll be hooked!